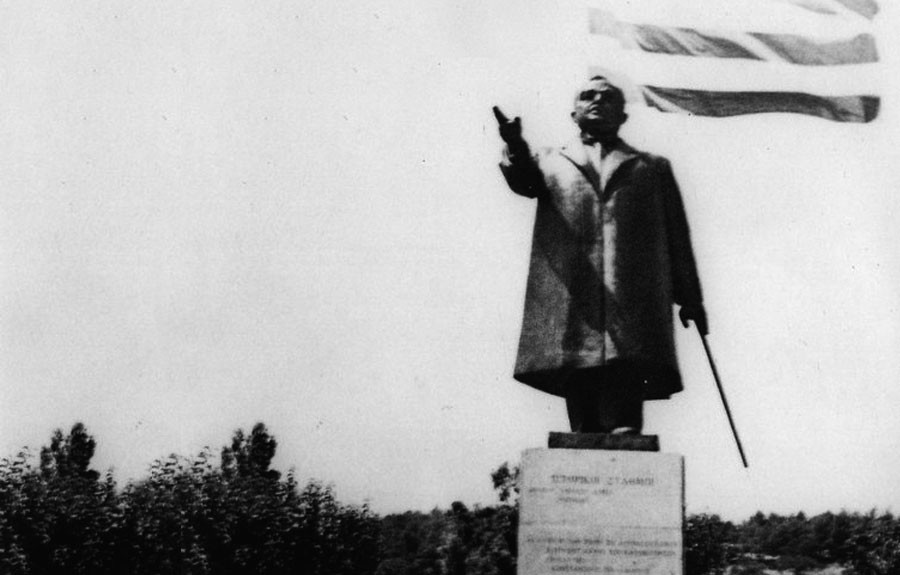 Does Metaxas deserve a statue? 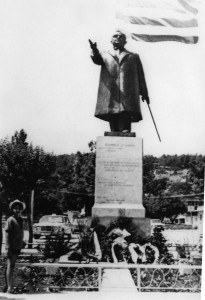 The recent request from the ultra-nationalist party Golden Dawn to restore an old statue of Ioannis Metaxas in the island of Kefalonia has ignited the debate on whether Metaxas deserves a statue in modern-day Greece.

By looking at the state of his old statue in Argostoli, the main town in Metaxas’ home island of Kefalonia, one would say no.

His statue, which had been erected in Argostoli’s main central square, was removed in 1981 and since then it has been dumped as garbage in the town’s outskirts, specifically in the village of Kokkolata.

But recently the Golden Dawn party has asked Mayor Alexandros Parisis to help them restore and preserve the statue. The right-wing party has claimed it has collected over 1,000 signatures by Kefalonians supporting the statue’s rehabilitation.

According to inkefalonia.gr, when they first found the statue of Metaxas, the Golden Dawn members tried to pull it out but they feared it could be damaged as they didn’t have the means to transport it properly.

Party leaders asked the city council to allow them to restore the statue “of our late Ioannis Metaxas which has been abandoned out in the countryside without any protection from rain and other bad weather conditions. We will fund the restoration by ourselves until the moment you decide to replace it in the island’s central square, where it used to be. To sum up, we ask you to correct a major historic mistake that has been made (referring to the removal of the statue in 1981)”. 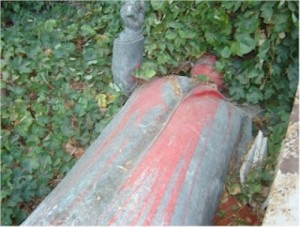 The question arises – does Metaxas deserve it? At first it could appear strange that while his “Ochi” is celebrated every year on October 28, the man behind it is completely obliterated and that he doesn’t even have a single statue to his honor anywhere in Greece.

This is even more strange in his home island of Kefalonia, where the major waterfront promenade in the main city of Argostoli is still named after him – the Ioannis Metaxas street.

Perhaps the time has come to honor the man who stood behind the greatest military feat of modern Greece – by resisting an invasion from neighboring Italy and eventually defeating it, achieving the first Allied victory in WW2.