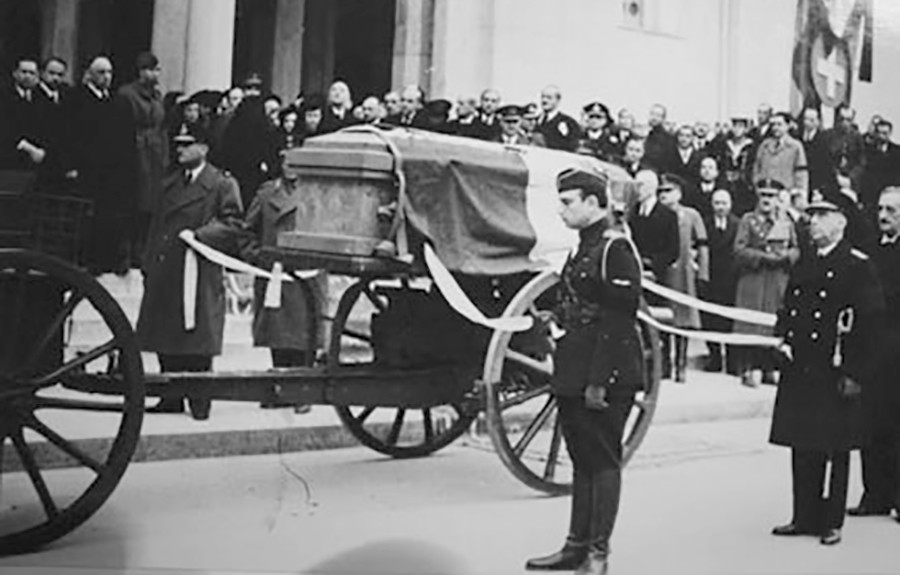 Did the 4th of August regime end with Metaxas’ death? 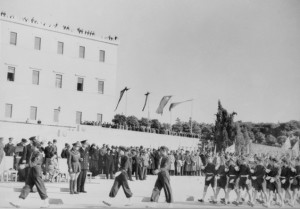 The 4th of August regime continued after Metaxas death. On this photo, an EON parade in Central Athens in front of King George II of Greece, in April 1941, three months after Metaxas’ death

Many people tend to think that the 4th of August regime ended with Ioannis Metaxas’ death in late January 1941. It can be understood, since Metaxas was the obvious strongman in the dictatorship, but it’s not historically true. The regime de facto ended in late April 1941, when the German forces entered Athens and forced the government of the Fourth of August State to dissolve.

But not so fast. When Metaxas died on January 30, 1941, the King did not dismantle the government. He only appointed a new Prime Minister, Alexandros Koryzis. Koryzis replaced the extinct Ioannis Metaxas as the government’s premier, but the 4th of August regime continued almost intact. The cabinet’s structure remained the same, the same ministers kept their same duties and everything continued as normal. Key people like Maniadakis, Nikoloudis, Kotzias – all of them continued in their posts, and organizations like the EON continued with its normal activities.

The regime’s actual end occurred in April 1941, when the Wehrmacht entered Athens. Some days earlier, Koryzis committed suicide and the government lost its head – the King took the reins. Following the German entry in Athens, the King and a part of the government left for Egypt, where they set up a Greek government in exile.