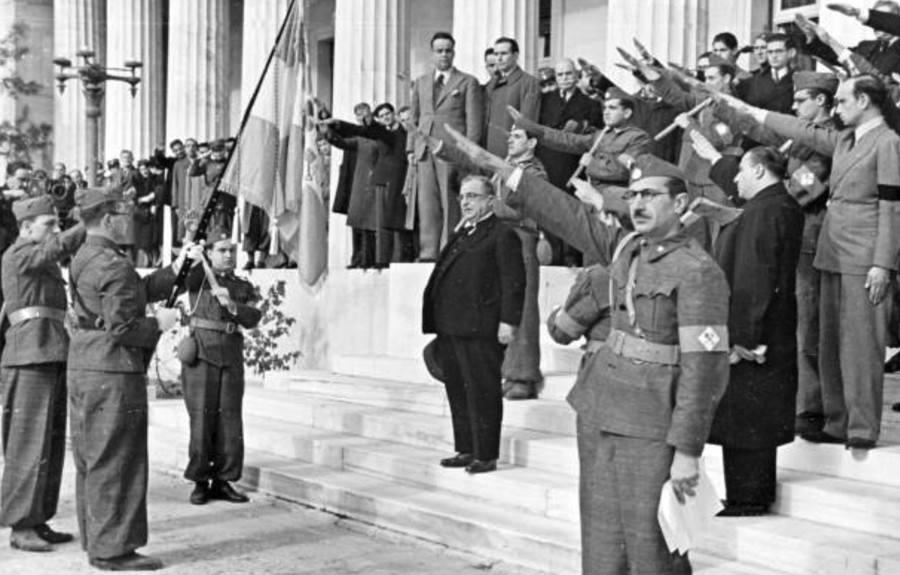 Should modern Greece learn off Metaxas in the debt crisis?

Now that Greece is in the news for the debt crisis, it’s convenient to have a look back at Greek history for inspiration. 72 years ago, Greece under Metaxas stopped payments to its creditors.

It was June 1939 when dictator Ioannis Metaxas decided to stop payments to Greece’s creditors claiming the needs of the Greek people as the reason.

Greece’s inability to fulfill its loan obligations had started in 1932, when after a series of trips abroad, the then prime minister Eleftherios Venizelos was forced to declare a moratorium on loan repayments in April.

Until then all loan repayments had been fulfilled regularly. On April 15, 1932 Venizelos spoke to the League of Nations where he had requested a five-year deferral of payments, but the final decision of the international institution was not in Greece’s favor. The Société Générale de Belgique resorted to international arbitration demanding to be paid.

In 1936, shortly before Metaxas assumed the premiership, the Belgians appealed to the International Law Court and required a judgment on Greece. When Metaxas came to power he had made use of the “principle of fiscal weakness”, putting the needs of Greek citizens as a priority, even though this was at the expense of creditors.

Greece won the case with General List Decision No. 77, Judgment No. 31 of June 15, 1939. Greece’s acquittal constituted a precedent for international justice institutions.