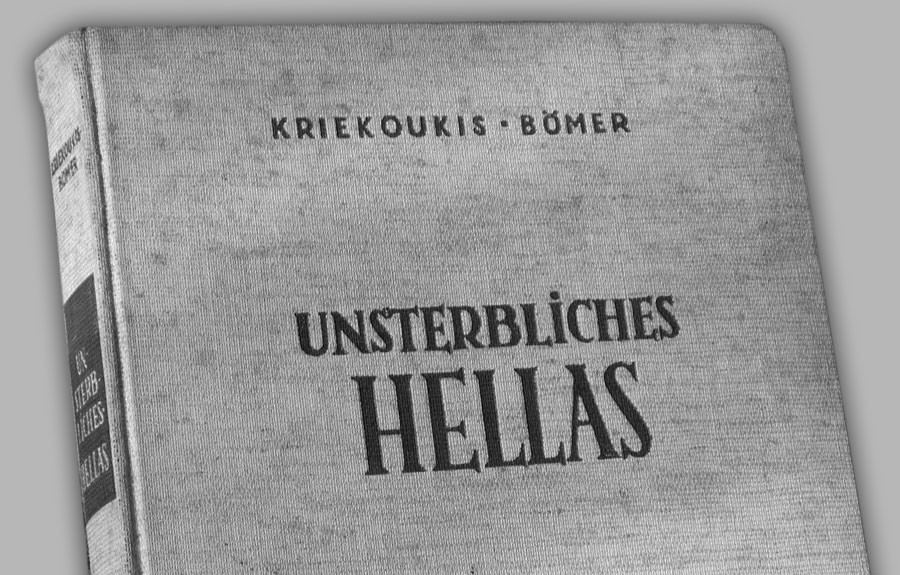 Unsterbliches Hellas: The Greek youth through the centuries

The book was a high-flying effort. Prefaces to the book were written by Alexander Rizos-Rangavis, Greek ambassador in Berlin, and Alfred Rosenberg, one of the renown intellectuals of the Nazi party and the Kommissar for Supervision of Intellectual and Ideological Education of the NSDAP. Metaxas himself dedicated one of his portraits writing “Für das Buch `Unsterbliches Hellas’.

Published by Zeitgeschichte-Verllag W.Andermann, the book’s editors were the press chief at the Greek embassy in Berlin, Major Dr. Charilaos Kriekoukis, who also wrote the foreword, and the Reich Head at the Foreign Political Office of the NSDAP (Reichsamtsleiter im Aufienpolitischen Amt der NSDAP), Karl Bömer. It’s a collection of enthusiastic articles by various Greek and German writers about Greece, Greek-German relations and life in the Greece of Metaxas.

Kotzias’ article, titled ‘Die griechische Jugend durch die Jahrhunderte’ (The Greek Youth through the Centuries), was aligned with the concept of the Third Hellenic Civilization and of Greece’s civilizing mission, as this paragraph follows:

“Since the 4th of August 1936, efforts are being made for present Greece again to find the way which centuries have prescribed for her. The Greek people, one of the strongest and most vital of the European community of nations, educated through the centuries-long work of civilisation, donor of the highest intellectual culture to the whole world and above all teacher of the peoples, would commit a crime if she did not herself, at all costs, seek to find the right way and especially seek to inspire herself with the flame her ancestors have lit.”

This is the full article, scanned: 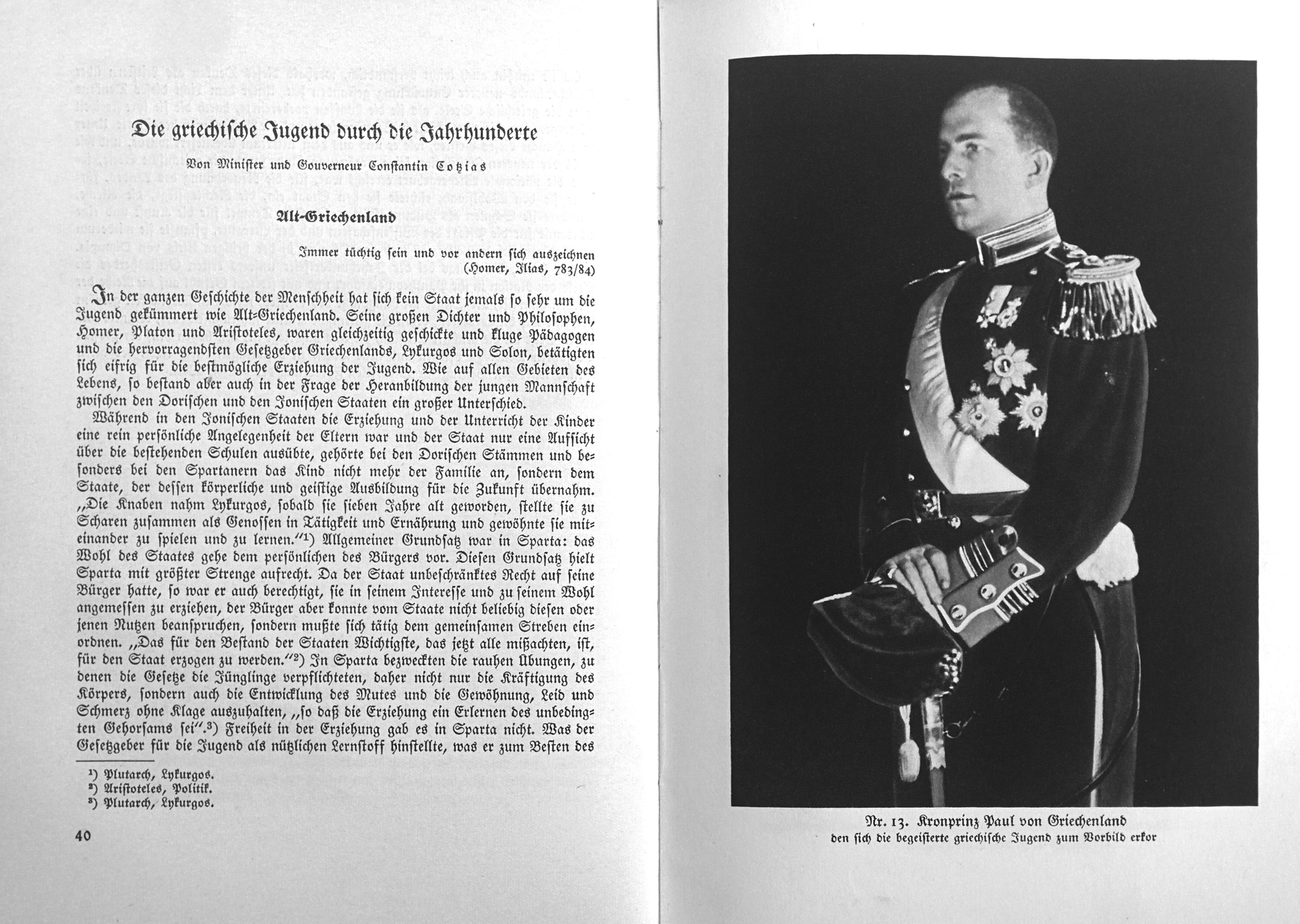 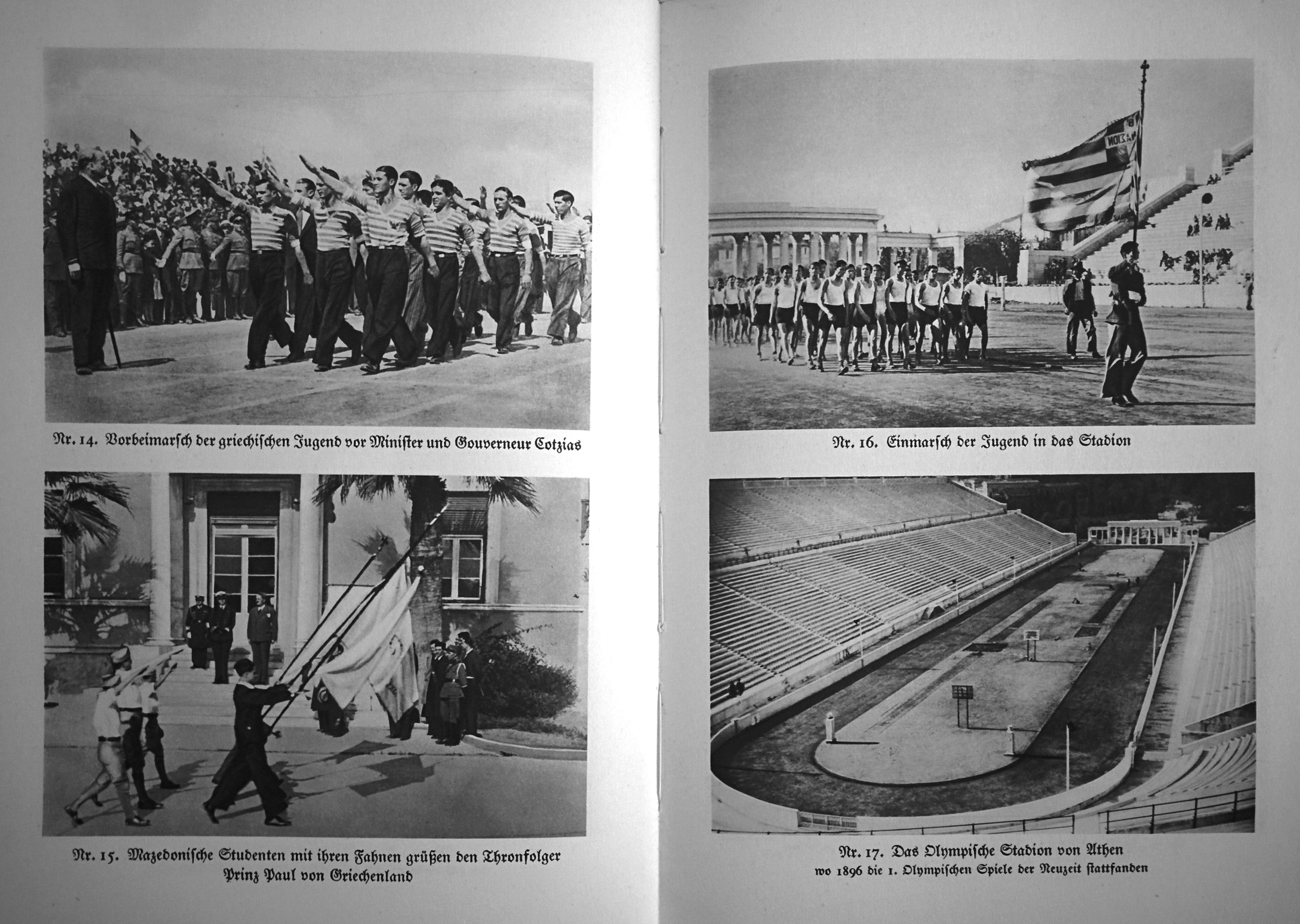 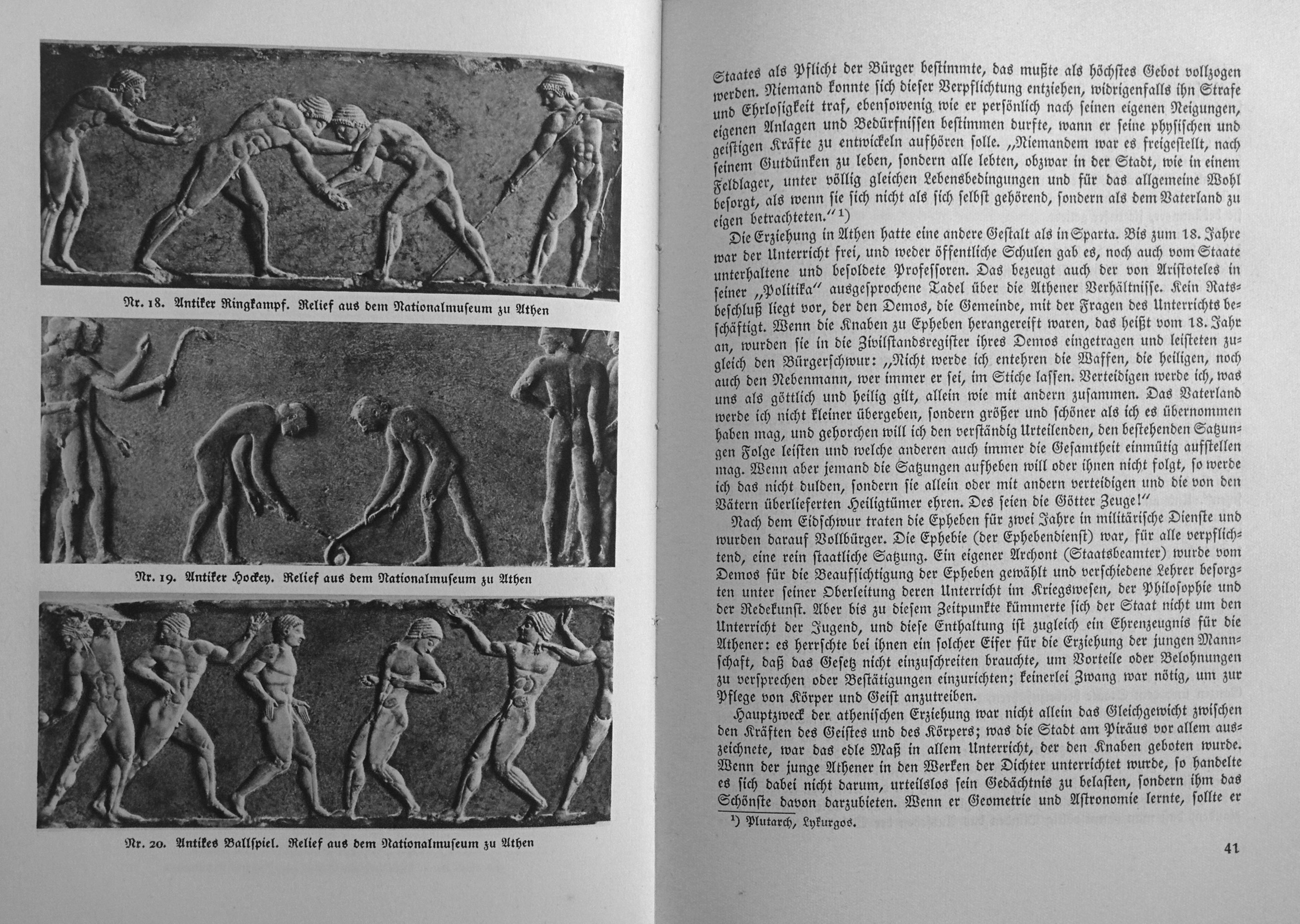 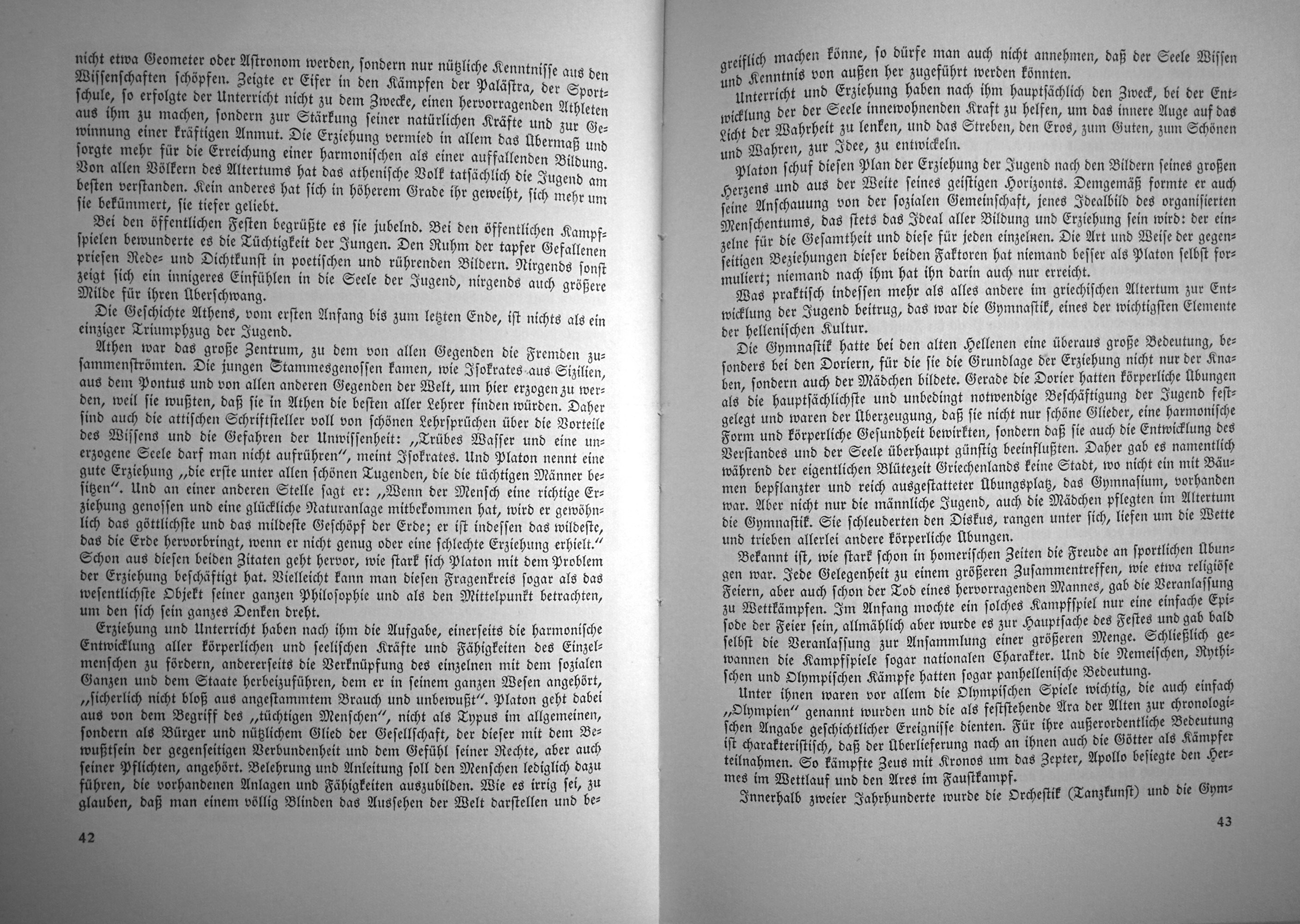 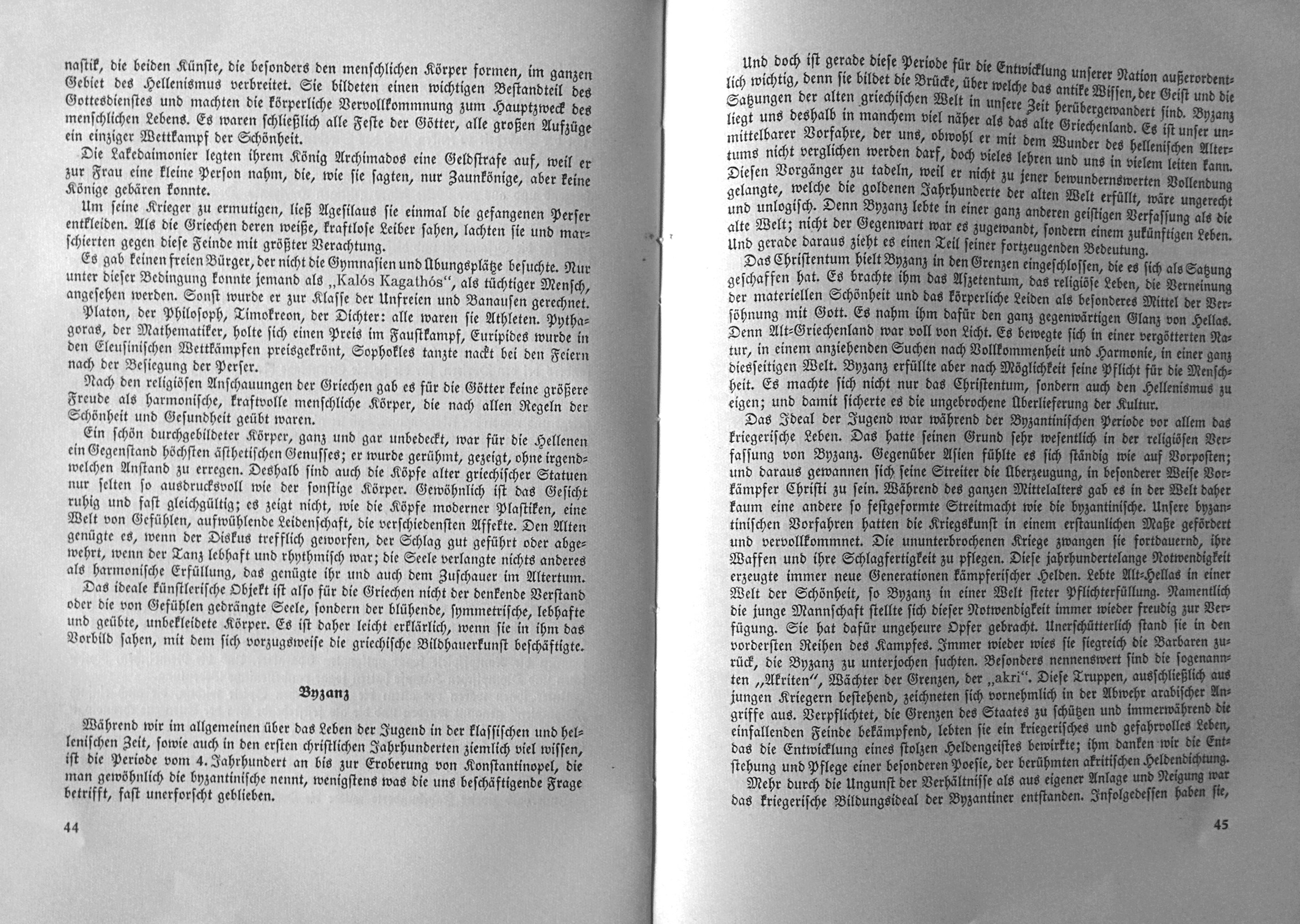 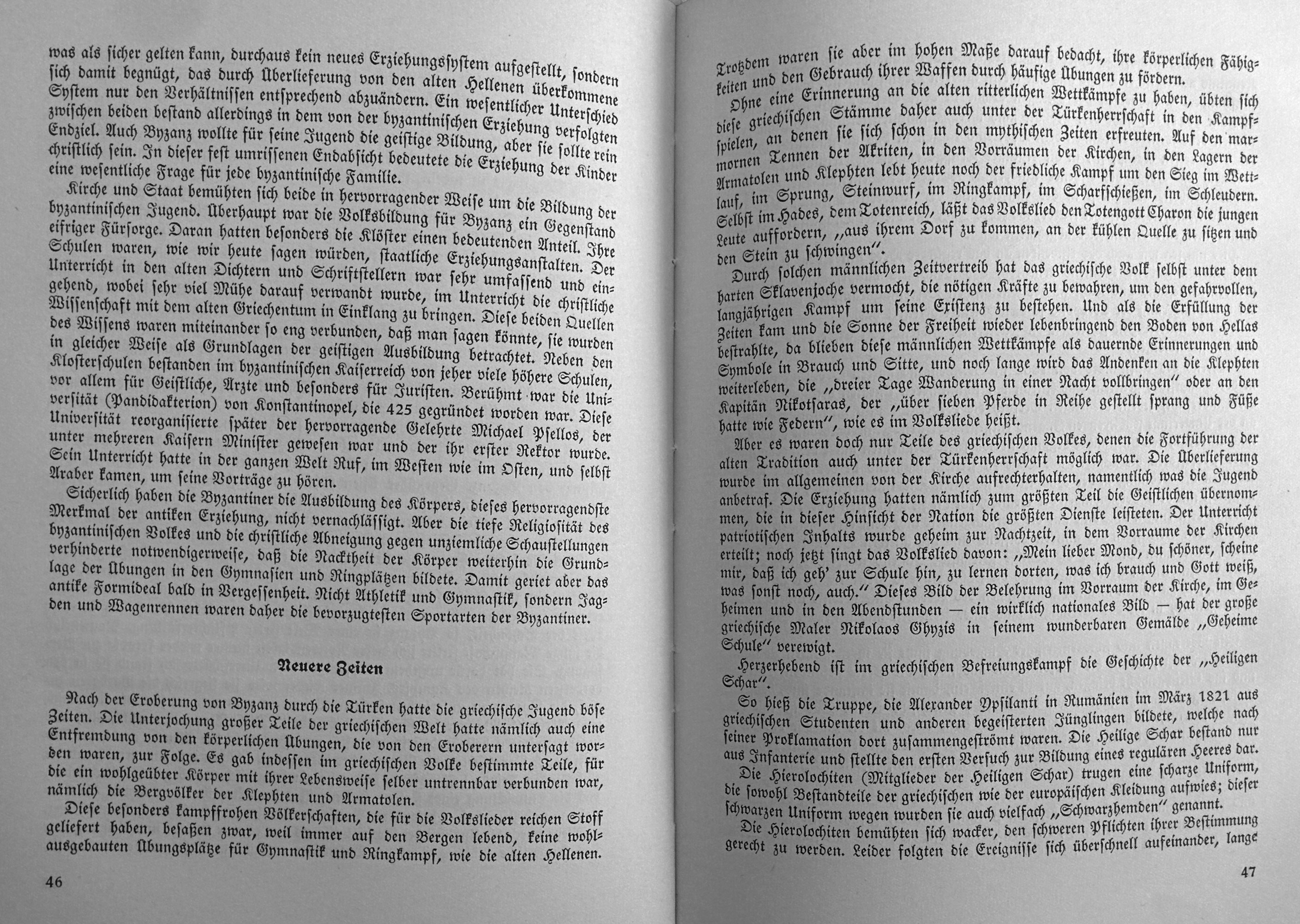 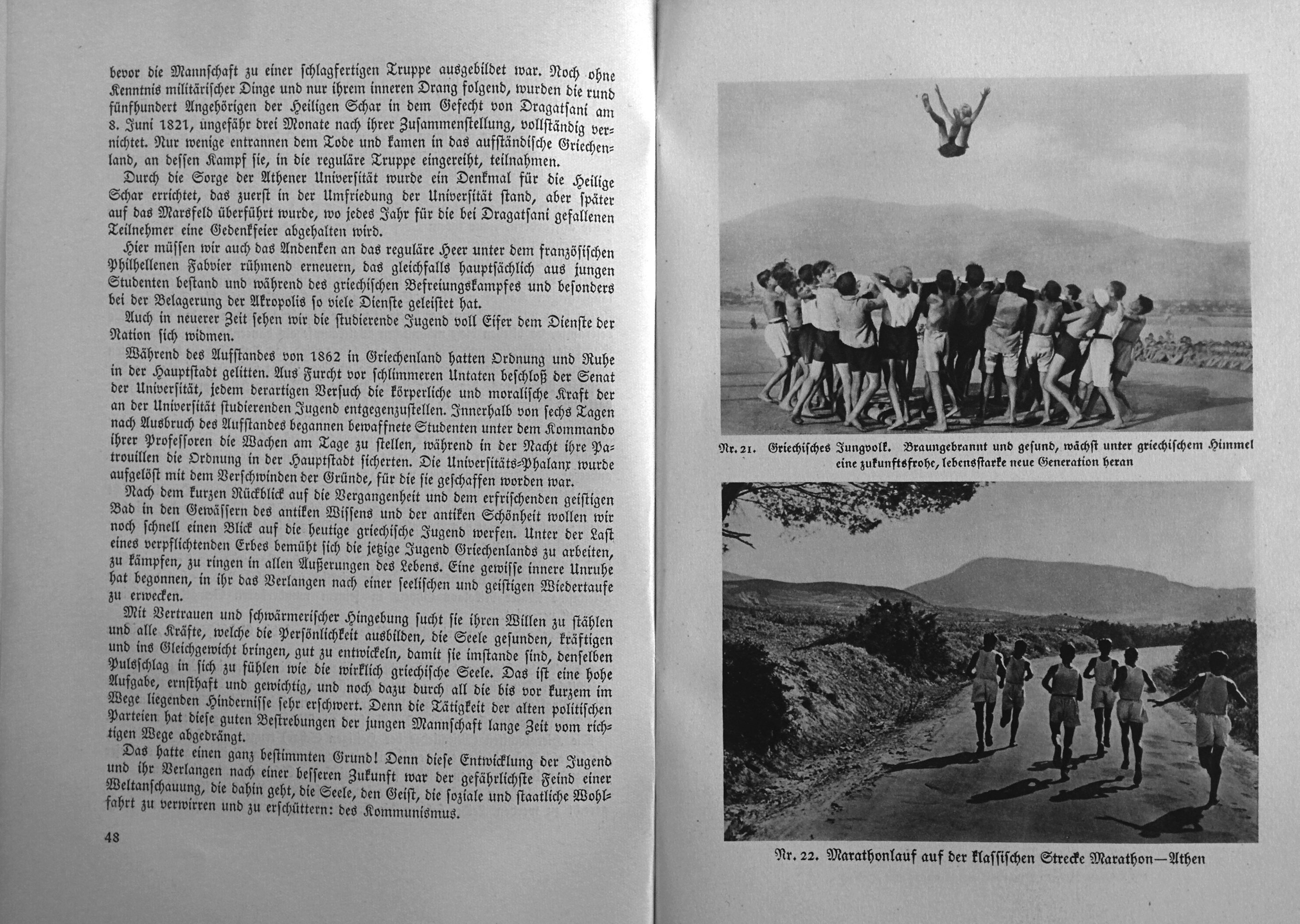