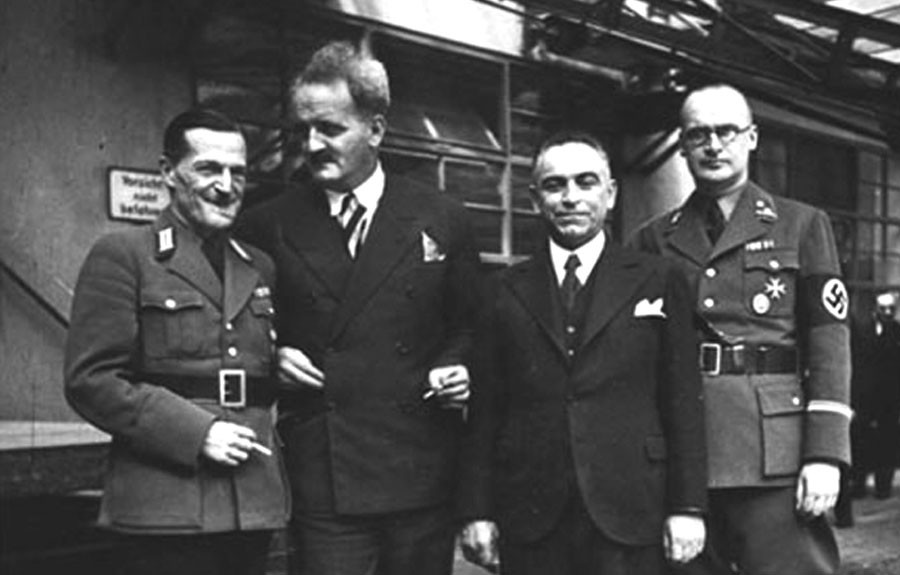 Kostas Kotzias – The man behind Metaxas 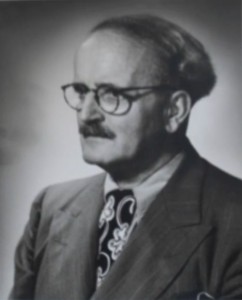 He was born in Athens on 17 May 1892, the son of a famous merchant called Georgios Kotzias. He studied law in Athens and Rome, and worked on athletics and specially fencing, a field where he accomplished remarkable feats, to the extent of competing at the 1912 and 1924 Summer Olympics. During the Balkan Wars he served his military service.

He had been a collaborator of Metaxas in the Freethinkers Party, but later switched to the Liberals, which earned him the epithet of an ‘adventurist’. In 1934 he was elected Mayor of Athens, and in 1936, when Ioannis Metaxas established its regime, he was elected as Minister for the Capital District.

Like other members of the regime, as well as important political figures of the time from all the political spectrum, he was originally a fan of Benito Mussolini’s fascism. For instance, in his speech at the Italian Institute in Athens in January 1935, Kotzias referred to the ‘atmosphere of mutual trust and sincerity’ that was impressed upon him during his recent meeting with Mussolini. Such a comment was rather callous given the fact that the Dodecanese islands were still under Italian occupation since the Italo-Turkish war of 1912, and just the day before Kotzias’ statement, Kalymnos had rebelled against its Italian occupiers.

Kotzias was an overt supporter of Hitlerism in Greece, and had attempted to found a youth movement on Hitler’s model in Greece before the imposition of the Metaxas dictatorship. As one of the main supporters of Nazism in Greece, he established powerful contacts with the German regime. In fact, Kotzias had a friendly relationship with both Goering and Goebbels and he was the only member of the Metaxas government to have met Hitler personally. He was known in Berlin to be the “perfect advertiser” of the Nazi ideology in Greece. The British viewed him as the Greek Goering, and Goebbels described him as a true friend of the German people.

Kotzias often travelled to Germany and befriended the Nazi regime officials throughout his appointment. For instance, as Minister for the Capital District, in September 1936 he greeted the Minister of Propaganda of Hitler’s Germany, Joseph Goebbels, at the Athens airport, and was his host during Goebbels visit to Greece.

He visited several times the German and Italian capitals, where he had positive impressions about the regimes. In 1938 he contributed to a German publication, entitled “Unsterbliches Hellas”, where he wrote an article about the history of Greek youth since Antiquity until the Greek fascist EON phalanges.

In July 1940, Kotzias was implicated in an attempt to overturn Metaxas with German assistance.

Following the death of Metaxas in January 1941, Kotzias was sounded out by King George II of Greece to head a new cabinet, but he declined. Instead, during the Axis occupation, Kotzias moved to the United States, where he had already cultivated his relationship with the Greek diaspora organization AHEPA since 1934.

The Greek photographer Nelly (the official photographer of the 4th of August regime), who was one of Kotzias’ best friends, in her autobiography bemoaned the ‘troubles’ experienced by Kotzias. Nelly expresses her frustration at the treatment of Kotzias’ sons who were repeatedly denied admission to American universities as ‘sons of fascists’, until one of Kotzias’s friend, Emma Russell, secretly financed their studies at Harvard.

He was elected an MP for Athens in 1950 and was re-elected as the city’s mayor in 1951, shortly before his death. The Kotzias square existing today in Athens is named after him.