Since year 2000, the Metaxas-Project website has been the Internet’s largest and most venerable website about Ioannis Metaxas and especially about the 4th of August regime.

For nearly 12 years now, it’s been bringing light to one of the most obscure periods of modern Greek history. Throughout these years, some have said it’s an apologetical website – it might be, as well as critical website too. If you read carefully, you’ll notice that there are as many negative accounts of the Metaxas era as positive ones. The truth might be somewhere in-between.

Here are some screenshots from the website’s historical past since year 2000: 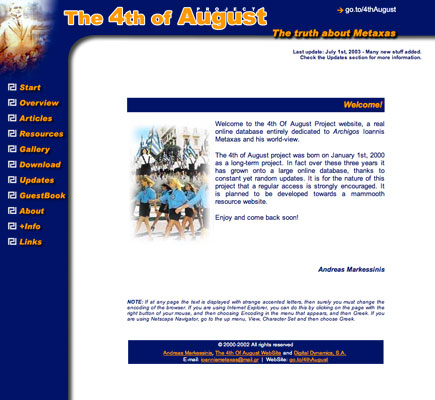 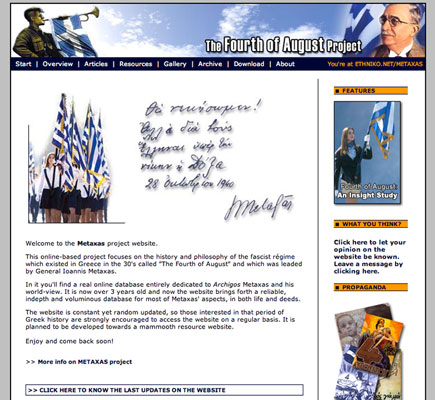 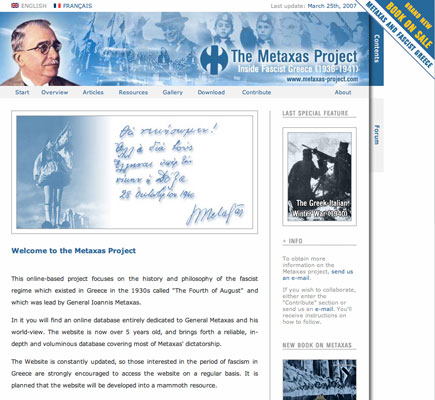