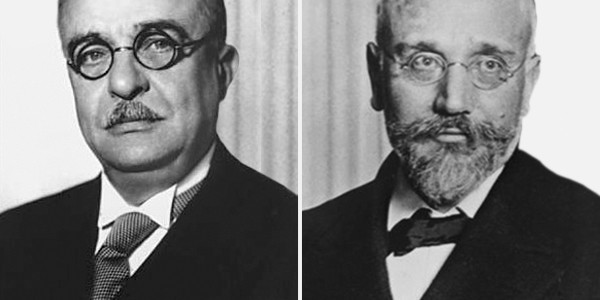 Metaxas vs Venizelos: A clash of titans

The political differences between Metaxas and Venizelos dominated the Greek political scene and divided Greece for nearly thirty years.

The contrast in the personality of the two men couldn’t be starker.

Venizelos was mercurial, charismatic, clannish, tribal, imperious and autocratic. Possessing an enormous ego, he was seen by the mythopoeic Greeks as a hero and a saviour of the nation. A party political animal, he was a master of political intrigue. A perusal of his voluminous corres­pondence suggests a contradictory personality, a slippery customer difficult to grasp or pin down.

In contrast, Metaxas, detached, or even semi-detached, and openly more snobbish, haughty, coolly analytical, calculating and deliberate, was a highly and widely respected Army staff officer who clawed his way on to the national political scene after having been a notorious courtier, a client of the Greek royal family.

Neither man was a mainland Greek; both were islanders.

Metaxas was from Kefalonia, an island that was free of Ottoman influence and rather more Italianate by virtue of the Venetian occupa­tion of over two centuries followed by a brief French occupation with its fall-out of the ideas of the Renaissance, the Enlightenment and the French Revolution.

He was conscious of his family’s Byzantine origins and its subsequent ennoblement by the Venetian rulers in the seven­teenth century. He was proud of the fact that in the past members of his family had served as governors of the island of Ithaca for several generations, while others had been prominent soldiers, men of letters, doctors and lawyers.

In contrast, Venizelos from Ottoman-ruled Crete, was from a rougher, less genteel, background and of a rebellious disposition. Venizelos was a lawyer and professional politician, whereas Metaxas was a professional soldier turned politician. Impulsive, empathic, impressionable and ponderous, Venizelos came to power in 1910 on the back of an army coup d’état.

In yet sharper contrast, Venizelos was an ‘Ottoman Greek’, whose romantic political liberalism and republicanism of convenience were largely the result of French Enlightenment influence, while Metaxas was rather Teutonic, impressed by the 19th-century German love of classical Greek ‘kultur’, Prussian military prowess and efficiency.

But Metaxas could not match the charm and charisma of Venizelos which verged on demagogy and hero worship. Whereas Venizelos was adulated, actually worshipped by the masses even when he governed them in a ‘popular autocracy’, nobody worshipped Metaxas.

Erudite and a romantic about classical Greek civilization, loyalty and duty were his social-political priorities, civic values and the supreme virtues, not rebellion or pandering to the fickle masses. An elitist and a monarchist pitted against the Greek bourgeois political establishment, Metaxas was determined to impose a new order and discipline on the Greek state and society, and to counter the sentimentality of national dreams woven by Venizelos.

Whereas Metaxas was cautious and premonitional in his political judgment, Venizelos was impulsive and flamboyant.

Paradoxically perhaps Metaxas was more radical in his domestic national perceptions and consistently anti-bourgeois, whereas Venizelos was the uncrowned king of the Greek bourgoisie, the darling of the liberal political salons of the Greek ‘chattering classes’ (to borrow a late 20th-century British metaphor) at home and abroad.

Venizelos attracted and enjoyed tremendous affection from his followers, whereas Metaxas elicited fear and resent­ment from his critics and enemies, respect and obedience from his political allies, supporters and collaborators.