Was Nelly the Greek Leni Riefenstahl? 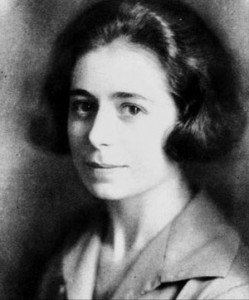 Nelly was the 4th of August regime’s favorite photographer, which earned her the epithet of ‘the Greek Leni Riefenstahl’.

Nelly (whose real name was Elli Sougioultzoglou-Seraidari, in Greek Έλλη Σουγιουλτζόγλου-Σεραϊδάρη) was born in Aidini, near Smyrna, in Asia Minor. She went to study photography in Germany under Hugo Erfurth and Franz Fiedler, in 1920-1921, before the 1922 expulsion of the ethnic Greeks of Asia Minor by the Turks following the failed Greek invasion of Asia Minor. In 1924, she came to Greece, where she adopted a naive nationalist and conservative approach to her work.

Her style coincided with the Greek state’s need to produce an ideal view of the country and its people, for internal as well as external purposes (mainly tourism). In this respect, Nelly can be seen as the first Greek “national” advertiser, especially after her appointment as official photographer of the newly established Under-Secretariat of Press and Tourism leaded by the Metaxas regime’s chief propagandist, Theodoros Nikoloudis. In fact, her pictures of ancient Greek temples set against sea and sky backgrounds helped shaped the visual image of Greece in the Western mind. 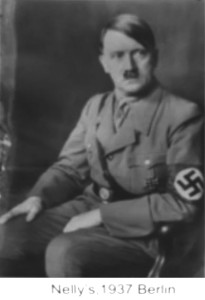 Spurred by the nostalgic stories for the motherland narrated by her middle-class parents in Asia Minor at the time of the Great Idea, Nelly saw ‘ready pictures’ waiting to be captured everywhere: ‘When I met Greece and saw its many beauties, almost on every step I saw yet another painting in front of me. Wherever I turned, I would encounter pictures ready to be shot. Our Greece can make every man an artist’.

She considered the commission by the Under-Secretariat of Press and Tourism as an opportunity for her to showcase the beauty of Greece. In fact, as a Greek from abroad, her view of Greece was “idyllic”, which matched the propaganda aims of the 4th of August fascist regime.

In 1936, she photographed the Berlin Olympic Games while seated two rows above Hitler. She reportedly donated photo albums of her work to both Hitler and Goebbels. In Nelly’s archive, donated to the Benaki, there survives the portrait she made of Hitler. During her visit with her husband to Goebbels’ mansion, Nelly recounts the impression her photos made on Goebbels’ wife. Seizing the opportunity, Nelly requested that Goebbels recommend her to UFA, the ‘Hollywood’ of Germany, to be trained in shooting documentaries, presumably due to her admiration for Riefenstahl’s recent work. Riefenstahl had received numerous awards for her technique in the notorious propaganda 1935 film “Triumph of the Will” (Triumph des Willens), which documented the 1934 Nazi Congress in Nuremberg. 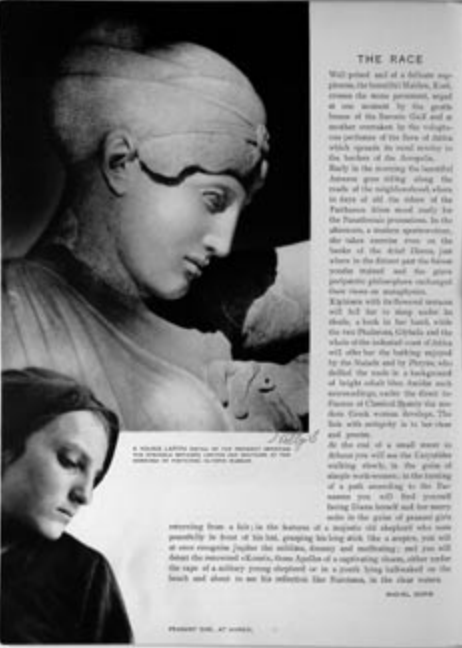 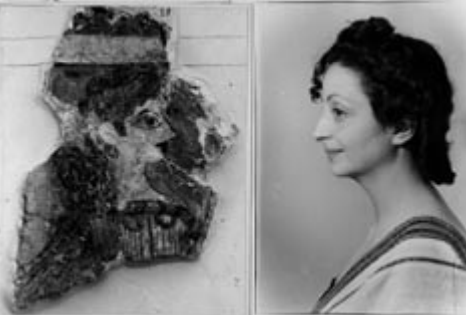 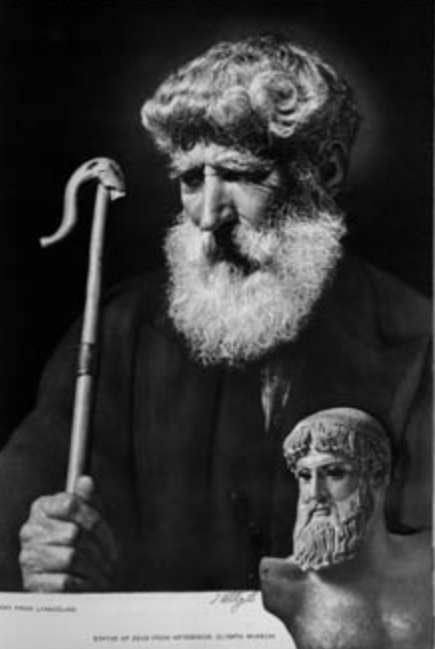 Following that success, Hitler had commissioned Riefenstahl to film the 1936 Olympic Games. There Leni Riefenstahl and Nelly met. Nelly visited Olympia in 1932 and 1937, and quite possibly with Riefenstahl during her visit in 1936 for the filming of the Berlin Olympics. Coincidentally, a new round of German excavations in Olympia began in April 1937 and in early 1938 the Greek Minister of Education and German officials visited the site.

Nelly was closely involved with the Metaxas regime beyond professional commissions. Her brother-in-law, married to her sister Maro, was Spyros Malaspinas, voted into office in 1936 as a member of the Parliament for the Cyclades. He soon became the vice-president of PIKPA (Foundation for Social Providence) and the Red Cross, when the president was Konstantinos Georgakopoulos, his close friend, who became Minister of Education of the 4th of August State. Also, in the programme from her first exhibition at the O’Toole Gallery in New York, Nelly is listed as the official photographer of the royal family and of the Greek government. She was also very good friends of Kostas Kotzias, Metaxas’ Secretary of State for Athens capital.

Nelly was actively working within the dominant ideology of the Metaxas regime producing the images that nourished and propagated it. Nelly’s ‘parallelisms’ project derived its power through the objectification of everyday people, whom she turned into icons of the authorised official discourse on racial and cultural continuity. By doing so, Nelly legitimated and reinforced the very authority of the Metaxas regime she served.

The Metaxas regime similarly advocated cultural and racial continuity and the inherent superiority of the Greek race. In a 1936 lecture to university students in Athens, Ioannis Metaxas admonished his young audience to strive towards a national rebirth and return to selected moments of the glorious past. He asked them to close their ears to ‘songs of the Sirens’ and, as a modern Odysseus, return to the ‘springs of Hellenic civilisation.’

‘To move forward, we need to go back, as did Ulysses’ comrades’. Metaxas – and Nelly – was imbued with German values and culture. The ‘Third Hellenic Civilisation’ project was Metaxas’ ideological construct for his regime as the historical successor to ancient Greek culture and the Christian Byzantine Empire, in the mode of Hitler’s Third Reich.

Nelly’s prolific work for the 4th of August regime also included photographs and photomontages for the regime’s fascist youth organization EON. By 1941, EON numbered over 750,000 young members, indoctrinated in the regime’s nationalist charter myth through several propaganda tools like its magazine H Neolaia. Nelly’s photos for H Neolaia rarely bore her signature, though her aesthetic composition is indisputable.

In 1939, she was commissioned by Metaxas and Nikoloudis with the decoration of the interior of the Greek pavilion at the 1939 New York’s World Fair, which she did with gigantic collages expressing in an extremely selective manner the physical similarities between ancient and modern Greeks. Her work helped illustrate the ideology of the racial continuity of the Greeks since Antiquity, which was at the core of Metaxas’ agenda.

The war broke in 1939 and Nelly had to stay in the United States. There, Nelly’s friends were the editor of the royalist diaspora newspaper Atlantis, and not the Venizelist Ethnikos Kyrix, a curious allegiance for an Asia Minor refugee and Nikos Pattakos, brother of Stylianos, who later became one of the three 1967 junta dictators.

Her influential friend, Kostas Kotzias, was also living in the United States after 1941, and helped her. Kotzias solicited Emma Russell’s assistance to organise a grand opening reception for Nelly’s new studio in New York. Emma Russell belonged to the elite ‘New York 400’ and invited all her high-society acquaintances. Incidentally, at both the opening reception of her studio in New York, and later at her fundraising exhibition for WWII at the Baltimore Museum in 1941, which showcased her photographs of antiquities, Nelly welcomed her eminent guests in a Queen Amalia 1837 romantic court folk-dress, fashioning herself as a Greek cultural ‘ambassador’.

Nelly, who was usually refered to as Nelly’s, died in 1998 in Athens without revealing the meaning of the apostrophe. The enigmatic apostrophe in her signature has not been addressed successfully in recent scholarship, though some authors argue that she intentionally adopted the signature ‘Nelly’s’ to replicate the standard of Byzantine icon-painters who signed with their name in the genitive case to indicate that the ‘writing’ of the icon was by their own hand.