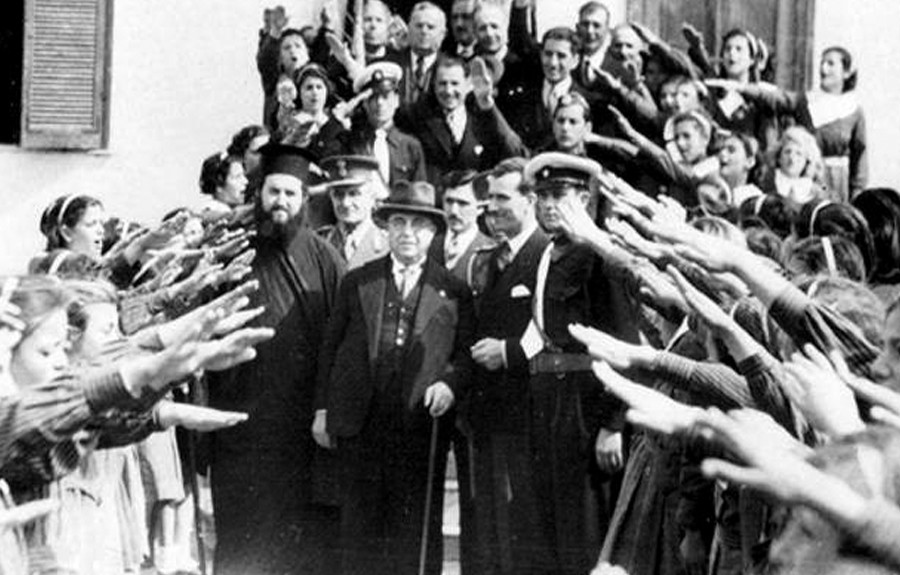 There were reams of personal letters directly addressed to the Chief of the 4th August Regime, pleading admiration, undying devotion and enthusiasm of his new state:

One of these dated 11 December 1939, called Metaxas ‘the maker of new Greece’.

Another dated 31 December 1939, waxed the lyrical when it told the Chief, ‘May you govern us for a hundred years, and may your spirit do so for a thousand years’

Diaspora Greeks in the USA and Africa showered Metaxas with messages of support during the Greek-Italian 1940 War. Old ladies would hold up his photograph and say, ‘If our Yannakis were alive we would not have suffered all these trials and tribulations’.

But it was not only Greece’s plain folk (o komakis) which held on to the epic Metaxas. Top-notch officials agreed. The wartime British Ambassador to the Greek Government in exile, for instance, wrote soon after the end of the war about Metaxas 4th August Regime:

‘Greece has had several dictatorships before Metaxas assumed power and dispensed with Parliament, and it would be a mistake to imagine that the Metaxas regime aroused anything like the fierce hostility through out the country that Greek politicians would have you think. Metaxas had no patience with Greek politicians and exiled most of the more prominent ones to islands in the Aegean, where their most serious hardship was to be removed from the game of politics, the king of sports in Greece. The Fourth of August, the birthday of Metaxas’ dictatorship, was always mentioned to me as something one could hardly speak about, some terrible stain on the fair record of Greek history… And yet, let it be remembered that it was Metaxas who said ‘No’ to Mussolini, who not only brought the Greeks into the War but had already built up the army into a force that outmatched the Italians, and who was the brilliant military brain that directed the strategy of the campaign. When I followed the uneasy course of Greek politics for three years I was not altogether surprised that King George had allowed Metaxas a free hand in 1939′.

Poignant though is the comment by the actor Georgios Tzifos on the funeral of Metaxas, and the fear apprehension that possessed the Greek public:

‘At that moment Metaxas was the symbol and inspiration of our great national struggle at its most critical moment. The same fear possessed both friend and foe… So much talent, determination and glory were gone for ever. In my eyes Metaxas does not represent a mere ordinary mortal, but an idea, an it was impossible for me to accept that he was gone forever, never to return’