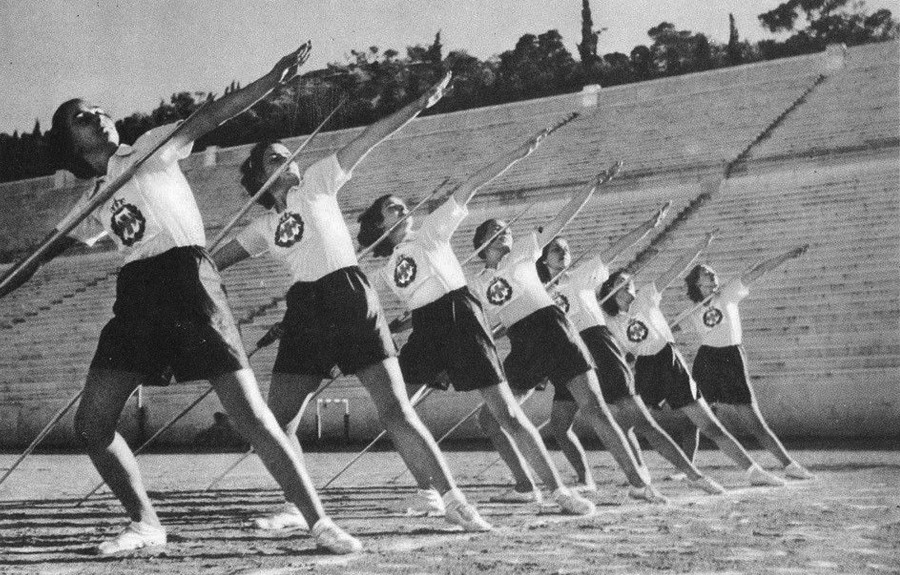 The regime of Metaxas (1936-1941) was a totalitarian regime with nationalistic and militaristic features. The purpose of this study is to collect and process data about the role of competitive sport and physical education in the regime of Metaxas. An additional purpose of this study is to search for common elements in the ideology and policies concerning Physical Education and sport, adopted by the National Socialism in Germany (1933-1945). The analysis of the sources revealed that, in the field of sport, they seem to have implemented similar policies. The main points of the sport’s role in these two regimes were the following: (a) intense military character of Physical Education, (b) priority in Physical Education rather than in other educational subjects, (c) foundation of the regime’s youth activities and educational programs organized in a nationwide scale, the core of which was Physical Education and sport (i.e. National Youth Organization, Hitler Youth), (d) the strong military character shaped by sport so as to promote or establish forms of exercise associated with war, preparations for war, military and fighting spirit, (e) effort of imposition of total state-control in athletic life, (f) effort to encourage girls further and more intense involvement in athletic activities.

Download The role of sport in Metaxas’ Greece compared to Hitler’s Germany here.