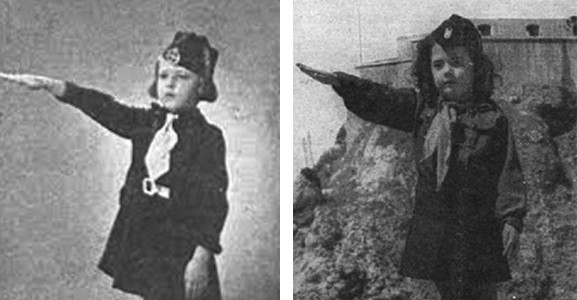 It’s curious to notice the aesthetic similarities between the looks of the Greek fascist youth movement EON and those of its Croatian equivalent, the Ustaška Mladež.

Even when we take into acount the fact that both organizations were existing in a similar period of history (the Ethniki Organosis Neolaias was founded by Metaxas in 1937 and the Ustaška Mladež in 1941), the visual similarities among the two are still stunning. 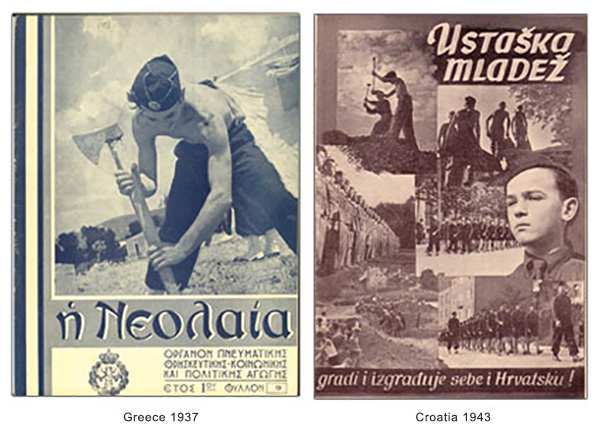 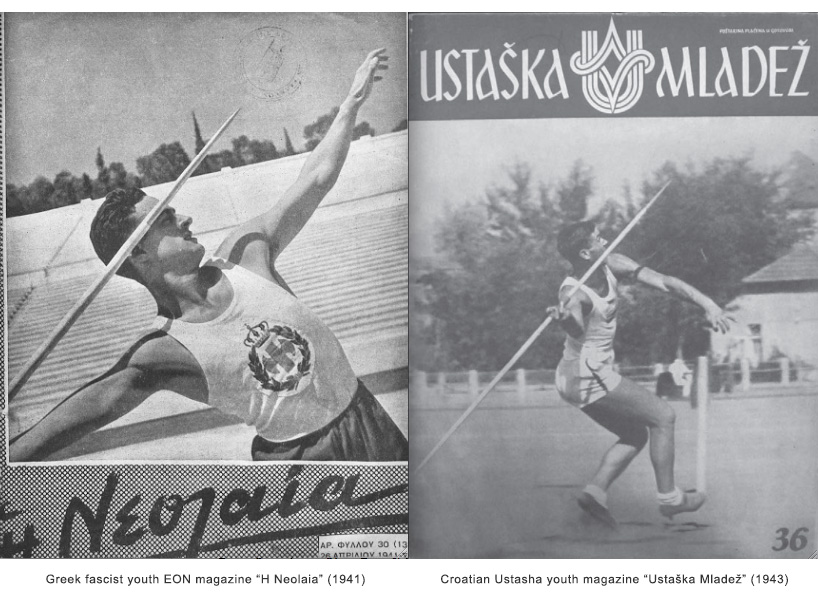 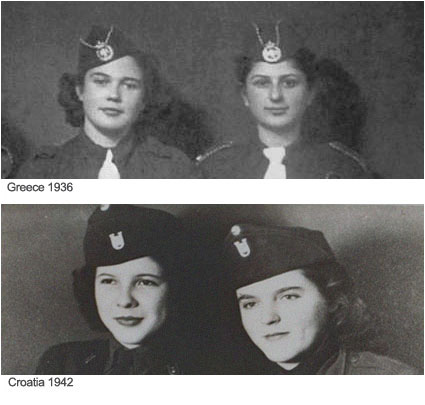 And two young members (boy and girl) of the EON and two youngsters of the Ustaška Mladež: 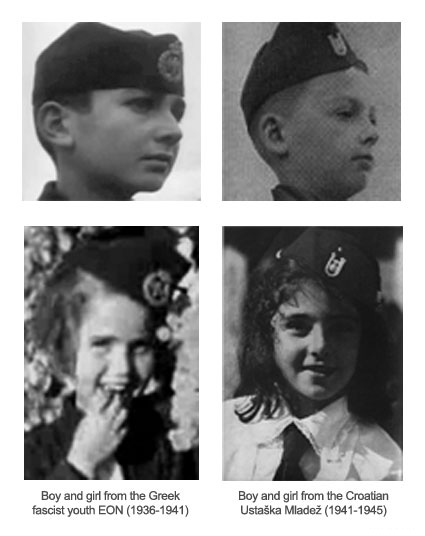 And yet another a similar pair of pictures: 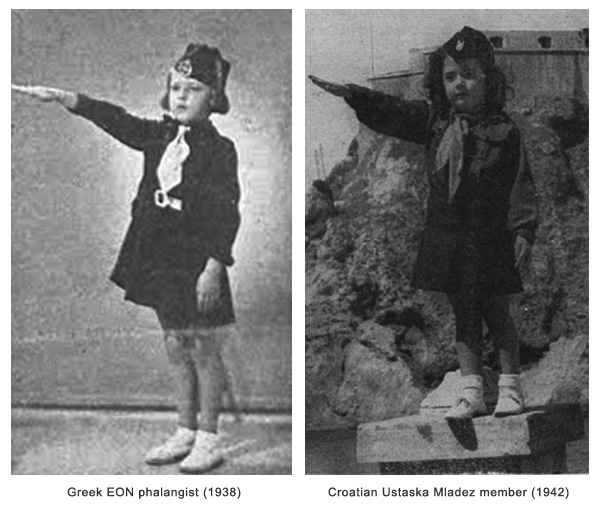 It’s really surprising. And what is even more fascinating is that the EON was dissolved in late April 1941 with Greece’s integration in the Third Reich while the Ustaška Mladež was founded just some days later in May 1941, so the Ustaška Mladež could rightfully appear, at least aesthetically, as the timely continuation of the Ethniki Organosis Neolaias. Curious, nonetheless.

This is not the only similarity. The picture below shows that similarities also existed about the Greek ‘archigos’ Metaxas and the Croatian ‘poglavnik’ Pavelic: 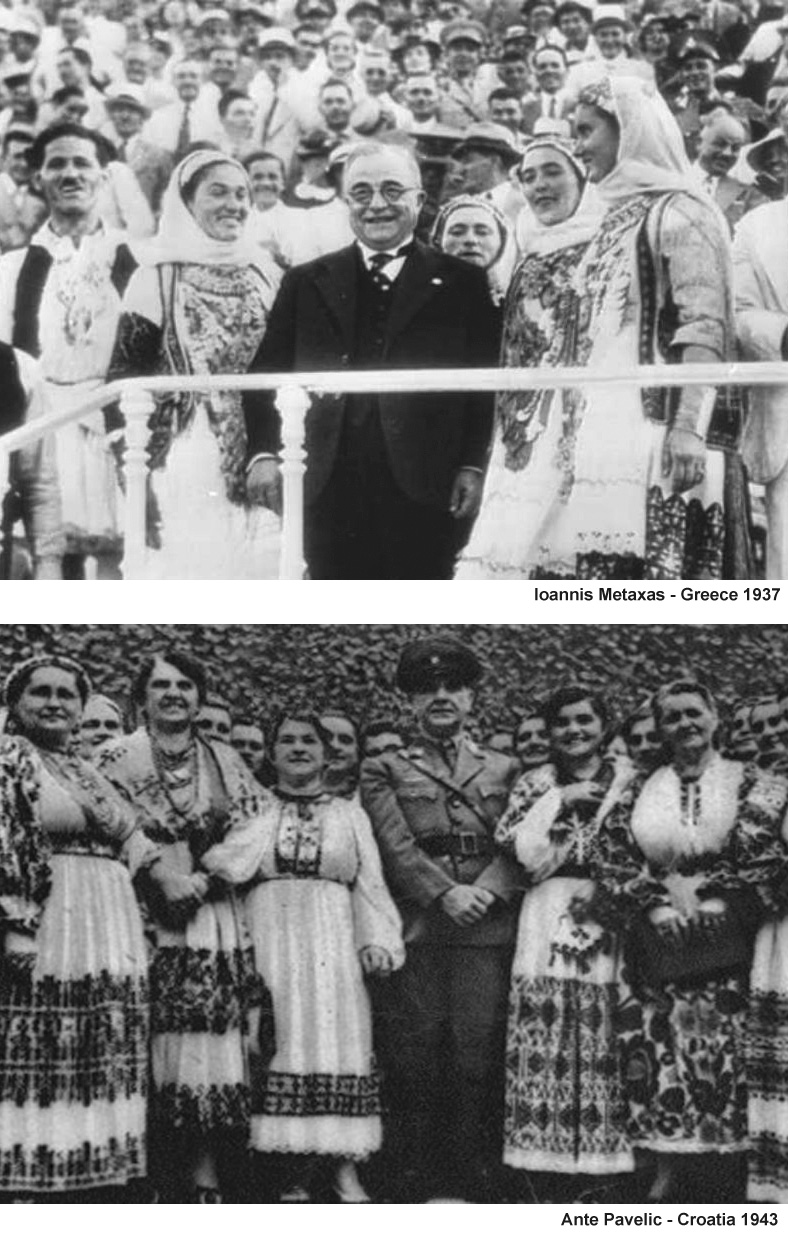