Please notice: updates are no longer logged on this page since August 2017. 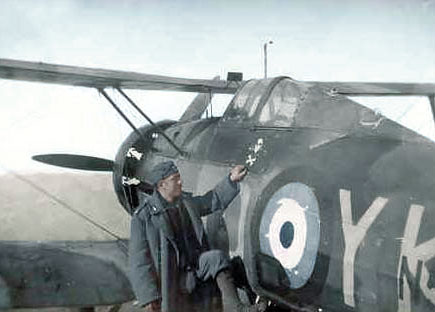 July 18, 2017 – A new academic paper on the establishment and development of the Metaxas dictatorship in the context of Fascism and Nazism, 1936-1941.

June 3, 2017 – An excerpt from a book: Ioannis Metaxas – The epitome of the Greek spirit

May 21, 2017 – An article about the Greek photographer Nelly, bycalled ‘the Greek Leni Riefenstahl’ and her involvement in the propaganda machinery of the 4th of August State

April 15, 2017 – A new whitepaper has been uploaded to “Academic papers”: Neither fascist nor authoritarian? The dynamics of ‘fascistisation’ in 1930s Greece

December 11, 2016 – A number of scans of a sports-themed newspaper have been uploaded; check them out at Scans from the Athlitismos newspaper

November 17, 2016 – A new paper has been added to the Academic Papers section, this time by Aristotle Kallis: Religion, Ideology and National Identity in the Metaxas regime

October 28, 2016 – A lenghty article in English: The Fascist hero who changed the course of History

March 27, 2016 – Two articles in Greek have been added to the Greek articles section. Both about the Hellenic Air Force under Metaxas.

November 16, 2015 – Scans of a book about the 4th of August regime by Spyros Linardatos.

September 26, 2015 – Scans of a booklet of the EON’s 1940 celebration of the establishment of the 4th of August State has been uploaded at the Documents section.

July 4, 2015 – I have decided to release a number of posters contained in my book ‘Metaxas Re-branded’. Have a look at them.

June 9, 2015 – A transcription of a lecture made by Professor Heinz A. Richter Clientelistic Fascism

January 17, 2015 – A new book by the 4th of August regime, in this case a compilation of foreign press clips issued by the Ministry of Press and Tourism: Ο διεθνής τύπος διά το έργον της 4ης Αυγούστου (PDF).

December 19, 2014 – A biography of the Metaxas regime propagandist Sitsa Karaïskaki (Σίτσα Καραϊσκάκη) by Markos Vallianatos, the author of a book about Greek collaborators with Nazi Germany.

November 30, 2014 – A new whitepaper, this time about the Greek supply of weapons to the Spanish Civil War.

October 24, 2014 – A new article by Aristotle Kallis: The 4th of August – Towards a corporatist state

August 17, 2014 – An article and a scanned issue of the To Neon Kratos newspaper has been uploaded.

June 14, 2014 – The defence strategy of the Metaxas regime: Armed neutrality

June 6, 2014 – A new compilation of quotes, this time Metaxas’ quotes on the importance of sports.

April 9, 2014 – A biography of Ioannis Diakos, one of Metaxas’ closest associates, has been added.

February 15, 2014 – Two caricatures of the Metaxas regime have been posted.

December 20, 2013 – A new article on the Metaxian model of State corporativism and social stratification

November 30, 2013 – Scans from a 1939 issue of Agrotikon Mellon (Αγροτικών Μέλλον), a newspaper issued by the 4th of August state for agricultural matters.

October 28, 2013 – A biography of Konstantinos Maniadakis posted at the Key people section. 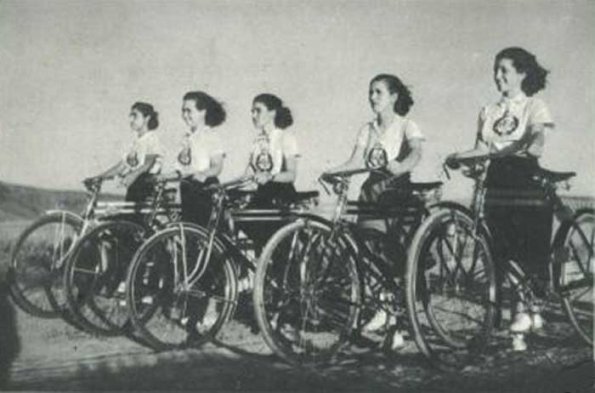 April 22, 2013 – Was Metaxas conservative, reactionary or reformist? A list of the main reforms of Metaxas and the 4th of August State

February 22, 2013 – A new collection of stamps issued by the 4th of August regime and the EON.

January 14, 2013 – In 1938, the 4th of August regime organized an exhibition about Public Hygiene, first in Athens and later in Thessaloniki. A new whitepaper about it has been posted on Academic papers: Έκθεσης Υγιεινής της Αθήνας (1938).

December 15, 2012 – A biography of Theologos Nikoloudis, bynamed ‘the Greek Goebbels’ due to his position of the Propaganda ministry in the Fourth of August state, has been published.

November 7, 2012 – We’ve just added two extensive and very interesting articles: one about the role of the Greek police in the 4th of August state and another one about the ideology of the 4th of Aigust state You can read them by following these links:

October 28, 2012 – Today we’re announcing Pelekys.com’s last effort: METAXAS RE-BRANDED, a new book to be published in a few weeks. METAXAS RE-BRANDED is a graphic design large format book containing 50 posters from the 4th of August state. Except that they all are new, but styled with the features of the graphic propaganda that was common in the 1930s. This is truly a unique book. You can learn more about this book here.

September 9th, 2012 – The recent request from the ultra-nationalist party Golden Dawn to restore an old statue of Ioannis Metaxas in the island of Kefalonia has ignited the debate on whether Metaxas deserves a statue in modern-day Greece.

August 4th, 2012 – A new section has been added: E-BOOKS. Now you can buy e-books at a testimonial price to support. So far 3 e-books have been added:

All of them ara available for download as PDF files for only 1,95€.

February 1, 2012 – Two new articles in English have been posted: On being a boy during the Metaxas years and a short story titled Metaxas and the hydroplane.

January 12, 2012 – We’ve just added an article about the role of women in the Metaxas regime.

January 4, 2012 – A paper about archaeology in Greece under the Metaxas dictatorship has been added.

December 9, 2011 – To celebrate that we’re approaching our 12th anniversary, we’ve released a NEW, COMMEMORATIVE WALLPAPER. This wallpaper will be available only by request. Click above to see this and other exclusive Metaxas wallpapers.

Remember that if you are interested in the visual aspect of the Metaxas regime, the METAXAS JUGEND – A picture album of the Greek Fascist Youth EON (Εθνική Οργάνωση Νεολαίας) by Pelekys.com is the largest collection of pictures from the 4th of August state ever printed. You can buy it right away here.

October 12, 2011 – A great contribution about the debate about whether the Metaxas dictatorship was really fascist: Was the Fourth of August regime really fascist?

October 3, 2011 – Now that Greece is in the news for the debt crisis, it’s convenient to have a look back at Greek history for inspiration. 72 years ago, Greece under Metaxas stopped payments to its creditors.

August 12, 2011 – A quick account of many of the advancements made in a very little time by the 4th of Agust regime: Ενα μικρό δείγμα του έργου του Ιωάννου Μεταξά

August 4th, 2011 – The Metaxas Project is a non-political, unbiased, historical website whose focus is the 4th of August regime – the Greek variant of the interwar period fascist movements. As such, we could not ignore the fact that these days it’s the 75th anniversary of the establishment of the Metaxas dictatorship. To commemorate this august anniversary, our publishing house Pelekys.com has just released a long-awaited book: La Grecia Fascista (1936-1941) (currently available in Spanish language only). This book, which has been 5 years in the making, is the first-ever book in Spanish language to provide an indepth account of the Metaxas dictatorship. Featuring hundreds of pictures, some of them very rare, this 328-pages monumental book is vividly illustrated and emerges as a must-have book for anyone interested in the obscure Metaxas years. You can find out more about it (with real-life photos) or you can also buy it online right away. You can also pre-order the forthcoming English-translated edition, and so when the book is available for purchase we’ll drop you an email notification.

February 19, 2011 – A new section: E-Booklets. Now you can download digital booklets. The first one is titled ‘The Greek pavilion at the 1939 New York World’s Fair’. Check it out!

May 27th, 2010 – Pelekys Books has just published ‘Metaxas Jugend – A Picture Album of the Greek Fascist Youth Organization’, featuring over 400 pictures from the Metaxas era. Read the blog post for more information or order it online.

February 15th, 2010 – I’ve written a biography of Nelly’s, whom I call ‘the Greek Leni Riefenstahl’ for her involvement in the propaganda efforts of the Metaxas regime.

December 7, 2009 – A new selection of speeches and quotes by Metaxas

November 29, 2009 – A new article: From Metaxas to Tsolakoglou: From dictatorship to collaborationism

July 6, 2009 – A new document has been added – an editorial about Metaxas published on TIME magazine on November 4th, 1941

February 27, 2009 – A new article on the Labour Battalions (Τάγματα Εργασίας)

December 12, 2008 – A biography about Prodromos Bodosakis.

August 11, 2008 – A new, short article has been posted about the end of the Fourth of August regime.

March 7, 2008 – A new section has been added, with the biographies of key people in the Metaxas regime.