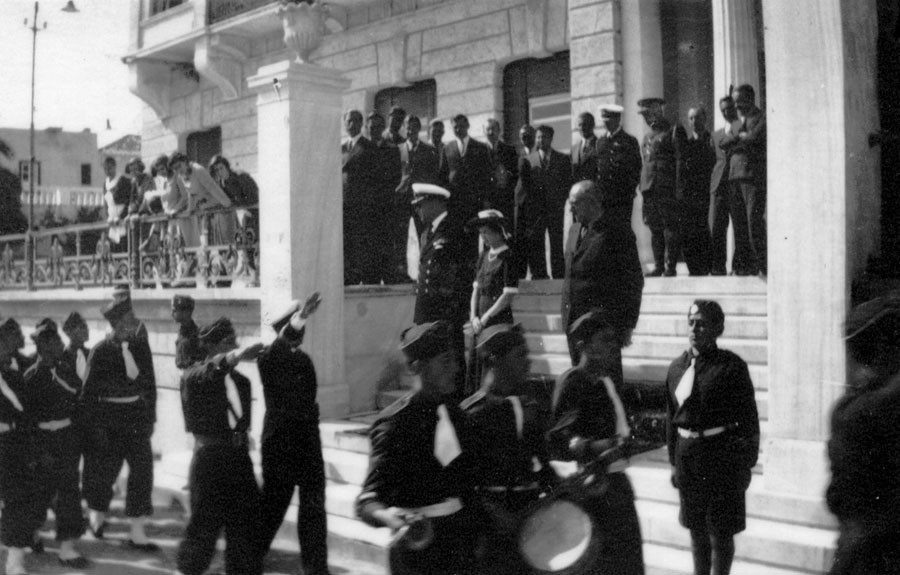 Was the 4th of August regime really fascist?

One usual debate about the Fourth of August regime is whether it was a fascist regime. In rough numbers, about one third of historians consider it ‘fascist’, while the other two thirds consider it ‘authoritarian’, ‘quasi-fascist’, ‘radical conservative’ and so on.

A great contribution to this interesting debate can be found in Aristotle Kallis’ paper “Neither Fascist nor Authoritarian: The 4th of August Regime in Greece (1936-1941) and the Dynamics of Fascistisation in 1930s Europe”. In it, Professor of Modern and Contemporary History Aristotle Kallis argues that the regime had enough signals to consider it fascist, or at least study it within the larger fascist experience in Europe.

The 4th of August regime in Greece under Ioannis Metaxas has long been treated by theories of ‘generic fascism’ as a minor example of authoritarianism or at most a case of failed fascism. This derives from the ideas that the Metaxas dictatorship did not originate from any original mass ‘fascist’ movement, lacked a genuinely fascist revolutionary ideological core and its figurehead came from a deeply conservative-military background. In addition, the regime balanced the introduction ‘from above’ of certain ‘fascist’ elements (inspired by the regimes in Germany, Italy and Portugal) with a pro-British foreign policy and a strong deference to both the Crown and the church/religion.

Nevertheless, in this chapter, I argue that the 4th of August regime should be relocated firmly within the terrain of fascism studies. The establishment and consolidation of the regime in Greece reflected a much wider process of political and ideological convergence and hybridisation between anti-democratic/anti-liberal/anti-socialist conservative forces, on the one hand, and radical rightwing/fascist politics, on the other. It proved highly receptive to specific fascist themes and experiments (such as the single youth organisation, called EON), which it transplanted enthusiastically into its own hybrid of ‘radicalised’ conservatism.

Although far less ideologically ‘revolutionary’ compared to Italian Fascism or German National Socialism, the 4th of August regime’s radicalisation between 1936 and 1941 marked a fundamental departure from conventional conservative-authoritarian politics in a direction charted by the broader fascist experience in Europe.