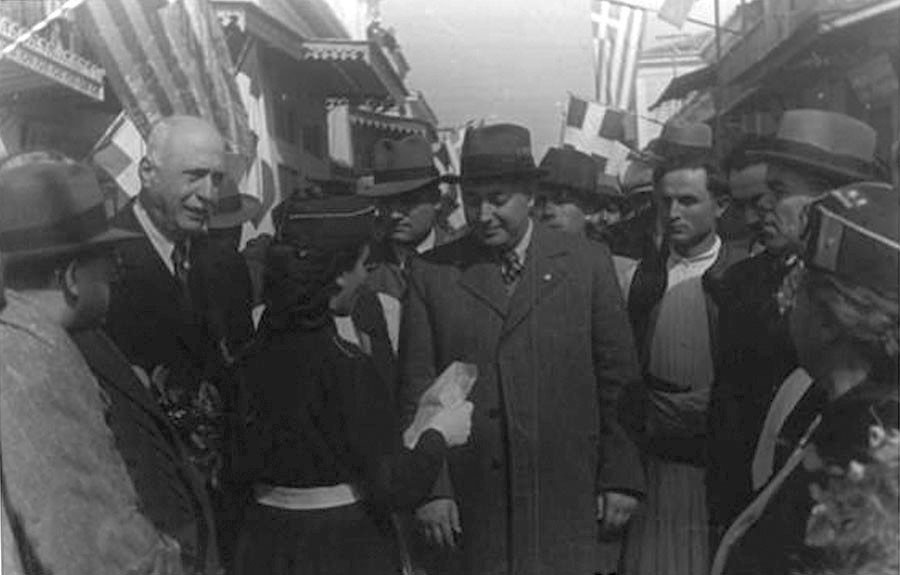 Censorship in the 4th of August State

The 4th of August State implemented strict censorship policies through the so-called Ministry of Press and Tourism. It is noteworthy to notice that Metaxas created this ministry just a couple of weeks after establishing its regime on August 4, 1936.

The Ministry of Press and Tourism was created on August 26 through the Emergency Law 45/1936, and Metaxas appointed Nikoloudis to head it. The responsibilities of the ministry varied from the “enlightenment” of public opinion, to the handling of the Greek and foreign press, art, theatre, cinema, music, radio, congresses and exhibitions. The publishing activities of the ministry included printing a large amount of propaganda material to promote the 4th of August State’s ideology.

Under the surveillance of the Minister, the regime imposed a policy of massive book prohibitions and book burnings of works of writers such as Karl Marx, Sigmund Freud, Zweig, Heine, France, Bernard Shaw, Darwin, Fyodor Dostoyevsky, Immanuel Kant, Leo Tolstoy, Gorky and others whose ideas were considered liberal, democratic or Marxist. The regime also imposed censorship on Greek classics like Thucydides and Sophocles, their “Epitaph” and “Antigone” respectively being the prime examples. In Nazi style, the regime went as far as performing public burning of 445 censored books, in Piraeus and in Sparta.

As regards to the press, the regime pursued a policy of imprisonment or exile towards opposition journalists whereas only the favorable newspapers continued to exist and only favorable articles were allowed to be published. It even imposed censorship on musical records, and prosecuted the rebetika music, the music of the refugees from Asia Minor.

The imposition of the 4th of August regime cut the free dialogue and the ideological discourse among socialist and liberal intellectuals by imposing a total ban on socialist thought, while liberals had to carry on clandestinely.

Finally, one of the victims of censorship was Rebetiko music, one of the main expressions of Pontic culture. Metaxas believed it to be a debased form of music from the slums which had no place in Greek traditional music. The lyrics especially, which revolved about drugs, crime and other disreputable activities, were extensively censored, and song composers were forced to rewrite lyrics, or practice self-censorship before submitting lyrics for approval.

Music-wise, the oriental influences of Rebetiko was not of the likes of Metaxas or Nikoloudis, and, although the music was not censored, calls were made officially for the ‘europeanization’ and ‘hellenization’ of the genre. However, some radio stations banned some song subgenres like the amanedes, the most pointedly oriental kind of songs in the Greek repertoire of the time, because of its ‘Anatolian’ atmosphere. Together with music, Metaxas closed also all the tekedes (hashish dens) in the country.