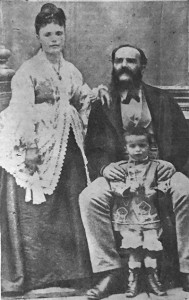 Ioannis Metaxas was born in Ithaca on April 12, 1871. His family roots traced back to the Byzantine nobility based in Constantinople. The head of the Metaxas family was Markos Antonios, who was advisor and co-warrior of the Byzantine emperor Konstantinos Palaiologos.

After the fall of Constantinople in 1453, the Metaxas family scattered throughout Greece, and a branch established itself in Ithaca. Ithaca, like the rest of the Ionian islands, was almost never under Ottoman rule and was part of the Republic of Venice, and Metaxas was proud that his family was ennobled by the Venetians and that his family was inscribed in the Libro d’Oro of the Ionian islands.

In 1879, when the small Ioannis was 8 years old, the Metaxas family moved from Ithaca to the neighbouring island of Kefalonia. In Argostoli, Kefalonia’s capital, John Metaxas studied and finished highschool, standing out as an excellent student, almost a little genius. He entered the Officers’ Military School in 1885 and graduated with excellent degree as a sub lieutenant.

At this time, the “Great Idea” for “Greater Greece” had gained traction among the general population. In 1894, the Patriotic Movement developed on laographic and historical bases and a military action via the “Ethniki Etaireia” (“National Society”). Ioannis Metaxas joined that movement with lots of officers such as Pavlos Melas and Mazarakis. In this movement there were artists and thinkers, like Xenopoulos, Karkavitsas, Palamas, Lytras, Zeppos, Svoronos, Politis, etc. In the mean time, Metaxas realized that the liberty of our slaved brothers shall come only by our own powers, but only after we get military prepared. 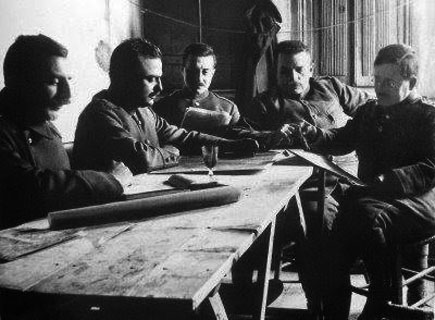 King Constantine congratulated Metaxas for his offer at the unfortunate war of 1897 and asked him to study at the “War Academy” of Berlin. He joined the Kriegsakademie. As before, he emerged as an excellent student which prompted the professors of the Academy to write a sign on a wall, saying: “NO UNSOLVED PROBLEM FOR IOANNIS METAXAS” (“NICHT PROBLEM UNGELÖST FÜR IOANNIS METAXAS”). He graduated with excellent degrees and took a tour through several European cities and returned to Athens where he offered his talent to the reorganization of the Greek Army.

In 1909, Metaxas married Lela Chatziioannou. In 1912, just before the Balkan Wars, Venizelos appointed Metaxas to negotiate the military treaty between Greece and Bulgaria sending him to Sofia. He participated in all the battles of the First Balkan War and negotiated the surrender of Thessaloniki on 26 October 1912. His military contribution during the Battle of Bizani was very important for the Ottoman surrender. In December 1912 he followed Venizelos to negotiate the terms of the peace agreement with Turkey.

In April 1913 he was promoted to the rank of Major and was appointed Commander of the Staff. He took part in the Second Balkan War when he was promoted to Lieutenant Colonel and was thereafter appointed as Director of the Army General Staff and as Director of the Senior Military Academy. In October 1913, he was awarded by the King with the Golden Cross of the Savior.

In order to avoid worst situations, Metaxas was sent to negotiate with Taxim Pasha, along with Dragoumis and Dousmanis. The successful end of the negotiations averted the Bulgarians from taking over Thessaloniki. He came back to Athens and during the crisis with Turkey in 1914 for the islands of the eastern Aegean, Metaxas drafted a plan of sudden attack and occupation of the Dardanelles Strait in the event of war, disagreeing with Venizelos about the Dardanelles fight. The result (total destruction of the English – French corps) proved Metaxas right and gave him the reason. He returned to the General Army Staff and left as a Colonel in July 1916.

In 1917, King Constantine is forced to resign, and the Venizelos government comes in Athens. During the three years that Venizelos was ruling, the government chased officers, ambassadors, judges, priests and policemen. Anti-Venizelist figures such as Dragoumis, Merkouris and many more are banished, and Metaxas followed the King into exile in Corsica and later found himself with his family to Italy.

In 1920, Venizelos loses the elections. The Greek corps at this time is located at Ionia and the political things confused it. The English General Wilson writes in his diary about a conversation he had with Venizelos in May 19, 1920: “I told him face to face that he ruined his country and himself at Smyrni, and the poor man agreed”.

Metaxas returns to Greece and decides to join politics. He gives long fights to solve the problems that caused Greece a political and spiritual dead end. In 1920, Ion Dragoumis get murdered by Venizelos’ funs. Until 1936 Metaxas joins in the governments, offering a lot. Somehow, he refuses to join in some of them. He feels tired by the political situations and takes a rest. He might very well be thinking about abolishing Parliamentarism and establishing a dictatorship…