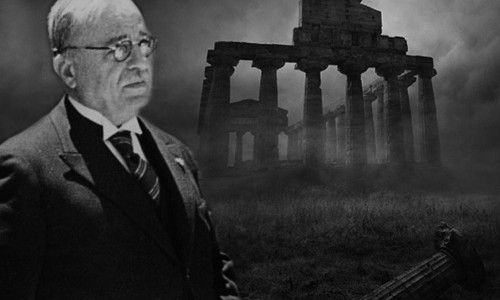 The perceived militarism of ancient Spartan society had an obvious appeal for all fascist regimes including the Third Reich, but for Ioannis Metaxas and the Greek fascist regime it had a more intimate and deeper connection entrenched in blood and sentiment. In fact, it was during Metaxas’ regime, in 1939, that the site of Thermopylae, where the 300 Spartans forged their legend, was excavated under chief archaeologist Spyridon Marinatos. The dictator visited the dig, and the first report on it was published in his ideological mouthpiece, Neon Kratos (‘New State’) in an aura of myth and propaganda. This paper is a chapter in Yannis Hamilakis’ book “The Nation and Its Ruins: Antiquity, Archaeology, and National Imagination in Greece”, published in 2007. In it, Hamilakis examines how classical antiquities and archaeology, and especially Sparta, contributed to the production of the Metaxas’ nationalist discourse.